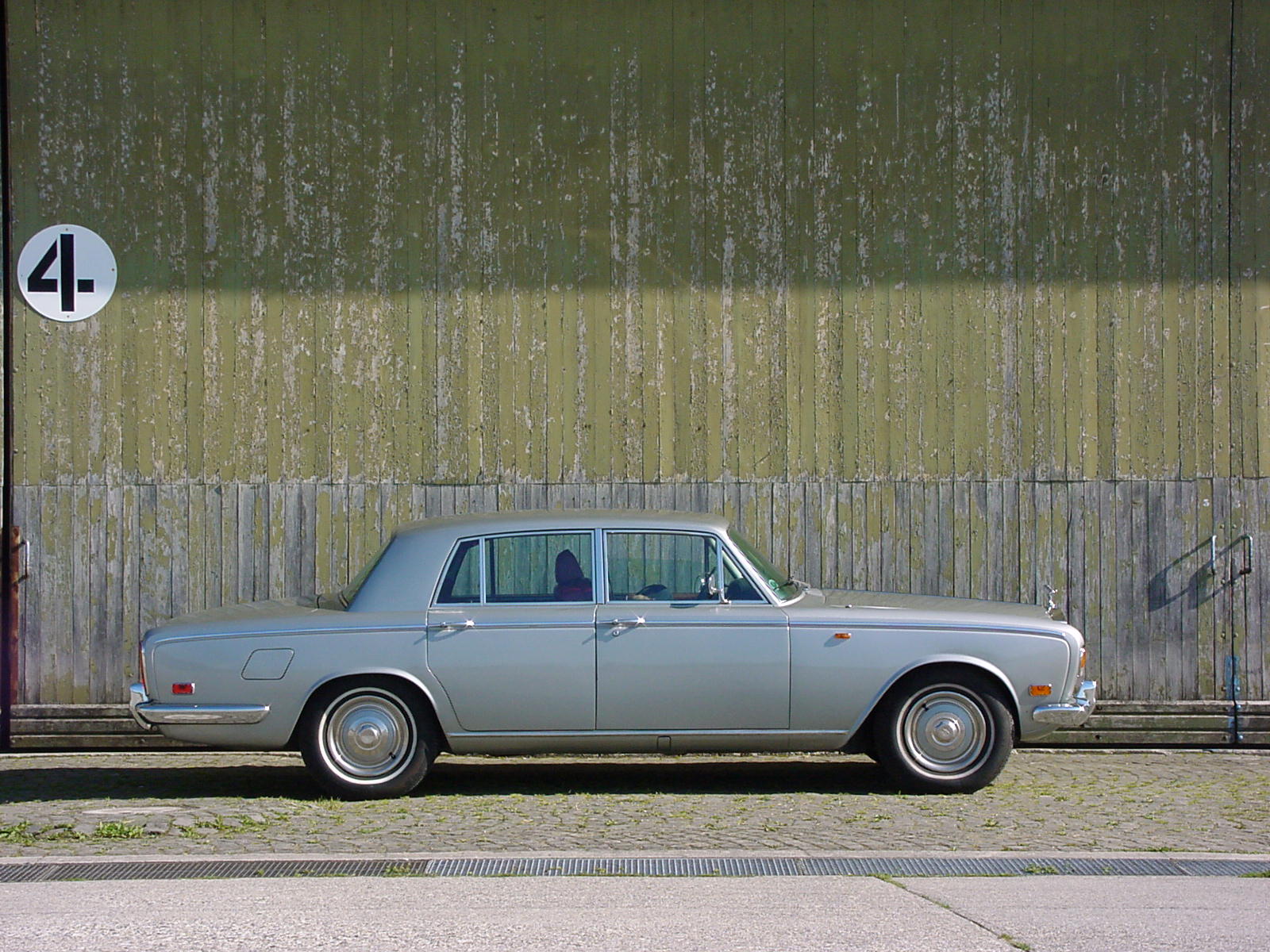 You may be asking yourself why we at RealDriver are testing a Rolls Royce. Especially a Silver Shadow renowned to have less than satisfactory handling and only “adequate” power from its huge gas-guzzling engine. What has it got to offer more than it’s snob appeal? Well, actually quite a lot. This Rolls, or as purist would say, “Royce”, has had us thinking about the meaning of motoring.

The Silver Shadow is arguably the most technologically significant Rolls Royce of all. Launched at the 1965 Earls Court motor show in London it was a radical departure from anything that had until then been produced at Crewe. Today, It is also the most common Rolls, the Silver Shadow series having enjoyed a production run of 15 years during which approximately 38,000 examples, including coachbuilt derivatives were produced.

But specialist manufacturer resources and skyrocketing development costs can be felt in the general lack of chassis fine-tuning. At the car’s launch, the motoring press had a hard time making excuses for it’s heavy understeer, super light steering and roll in corners. The 60’s as for many independent manufacturers were the beginning of the decline of this one time great motorcar mark, manufacturer of ‘the best cars in the world’.

Many changes occurred during the cars lifespan, the most important being the introduction of the Series II, which corrected many faults, some of which have been listed in this series I test.

As you set foot in the car you immediately become aware of what all the fuss is about, no options list of even the best mainstream luxury car can compare to the feeling of quality distilled by the hand made interior of a Rolls Royce. The class the interior exudes makes modern electronic gadgets like GPS and in-car GSM seem like a procession of meaningless letters. From the smooth operating eyeball vents to the deep carpets, every component has been beautifully crafted and is made of the best materials available at the time.

Royal is the first word that comes to mind as you set off, Spirit of ecstasy at the tip of the bonnet, the big V8 distilling its gentle power. But you quickly understand that not being in a hurry is a rather important pre-requisite. The shadow is one of the slower cars I have driven, not because it isn’t powerful but because any microscopic hint of enthusiastic driving is rewarded by heavyweight understeer and lurching you wouldn’t believe. Steering is a mixed bag too, always informing when the front tires want to let go but never precise enough so that the driver actually knows which way the wheels are pointing. Reading the road is important, you actually have to think quite far ahead of a corner about when and how much lock you will need to apply as turn in is especially slow, the car taking it’s time to settle on it’s soft suspension before actually showing any sign of wanting to follow your instructions. You often read of cars that don’t feel their size when on the move, unfortunately the Silver shadow always reminds you of every single millimetre of it’s 5.17 meters and 2150 kg.

None of this seems particularly endearing, but driving the Shadow does actually reward. The secret is to stick your chin in the air and drive in a smooth and stately manner, as if your grandmother was in the rear seat. The dynamic inadequacies only reminding you that such a car should never be hurried. When you drive the Silver Shadow in this manner, you start appreciating the true qualities of this ‘different’ kind of motoring vehicle. The whole car has a soothing effect on its passengers. From the purr of the engine down to the smallest knob, everything seems to have just the right amount of smoothness built in. At this leisurely rate, the occupants can admire the amount of craftsmanship that has gone into making this car, the fact of knowing that human hands stitched, polished and assembled this car is worth more to the soul than any perfect robot produced shut-line. I wonder if I should be saying this in such a driver-orientated publication, but driving a Rolls Royce is so refreshing in a world that strives for all conquering performance and aggressivity. Wafting along in the flow of traffic at a more than leisurely pace, being passed by a multitude of hurried business people in their powerful überwagens. People who are perpetually trying to finish projects which were due yesterday. And there you are, driving along taking the time to breath in the experience. Taking the time, a luxury we seem to have forgotten in this modern world as we scamper about trying to achieve as many things as possible in our short lifespan, forgetting quality for quantity. Yes, the Silver Shadow was a car for people who didn’t have to worry about working for their living and had time to appreciate the scenery.

Today, because of the number still in existence and its wedding car image, a good Shadow can be bought for small hatch money. More than ever, finding the very best example is definitely a must, as although extremely tough and well built, serious problems cost a fortune to fix (Hydraulics in particular). But if you buy a car that has been meticulously maintained, your pride and joy won’t cost an arm and a leg. Only fuel consumption, in the low teens, will make you think twice before using the car on long journeys. A series II has better handling characteristics, but on the other hand lacks some of the classic charm of the chrome bumpered first series. Whichever you may choose, all Silver Shadows will deliver the special Rolls Royce experience on a small budget.

So, as so many magazines have asked when test driving these motorcars, is a Rolls Royce the best car in the world? In our opinion, no car should be able to claim that title, what the Shadow has proven to us though, is that they provide a different kind of motoring experience, that special feeling of uncompromising quality that even the best of modern luxobarges cannot meet because they are all made on assembly lines with hordes of beancounters supervising there design. 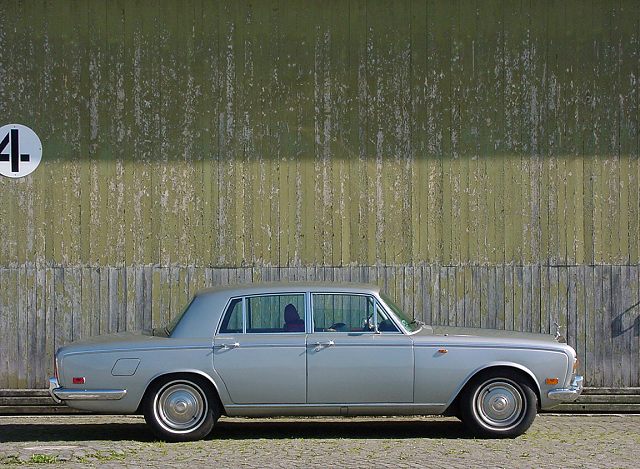 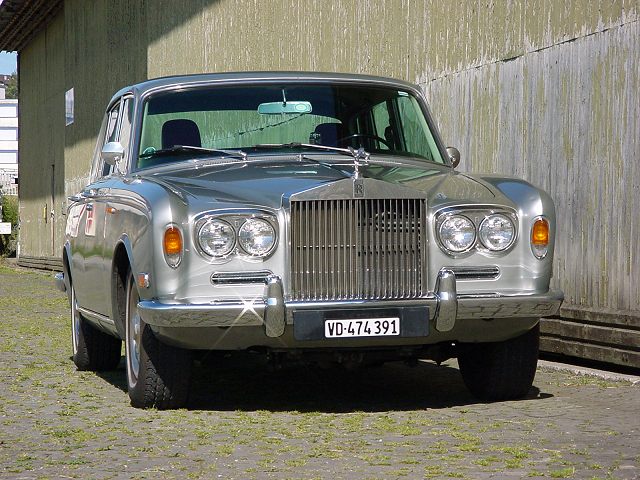 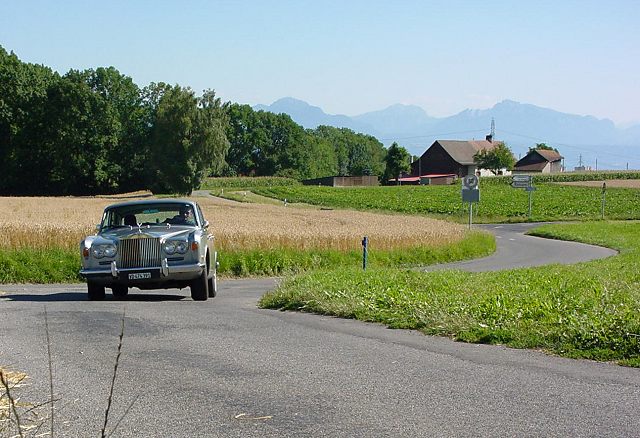 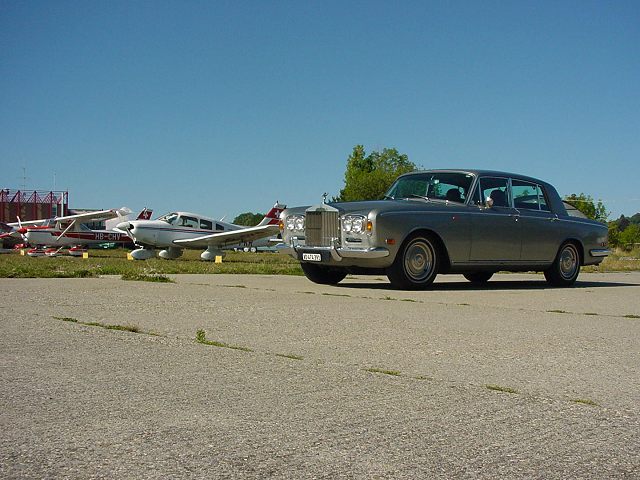 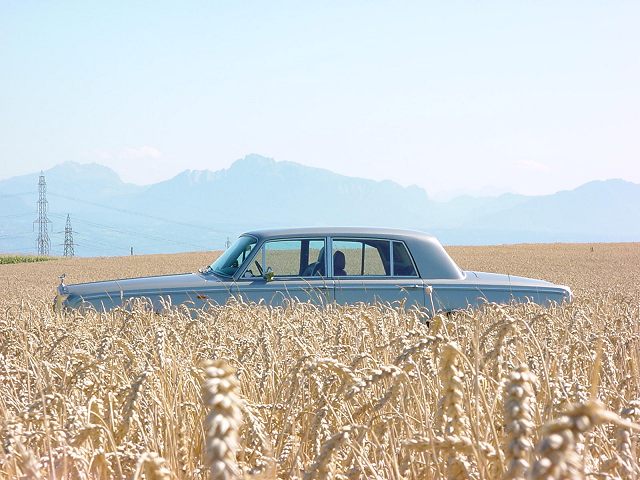 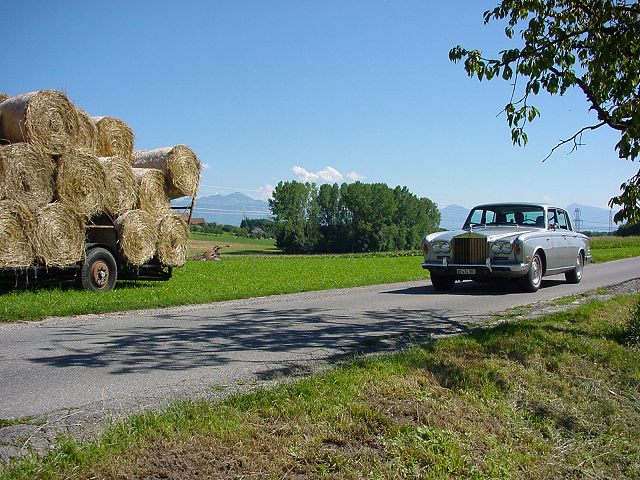