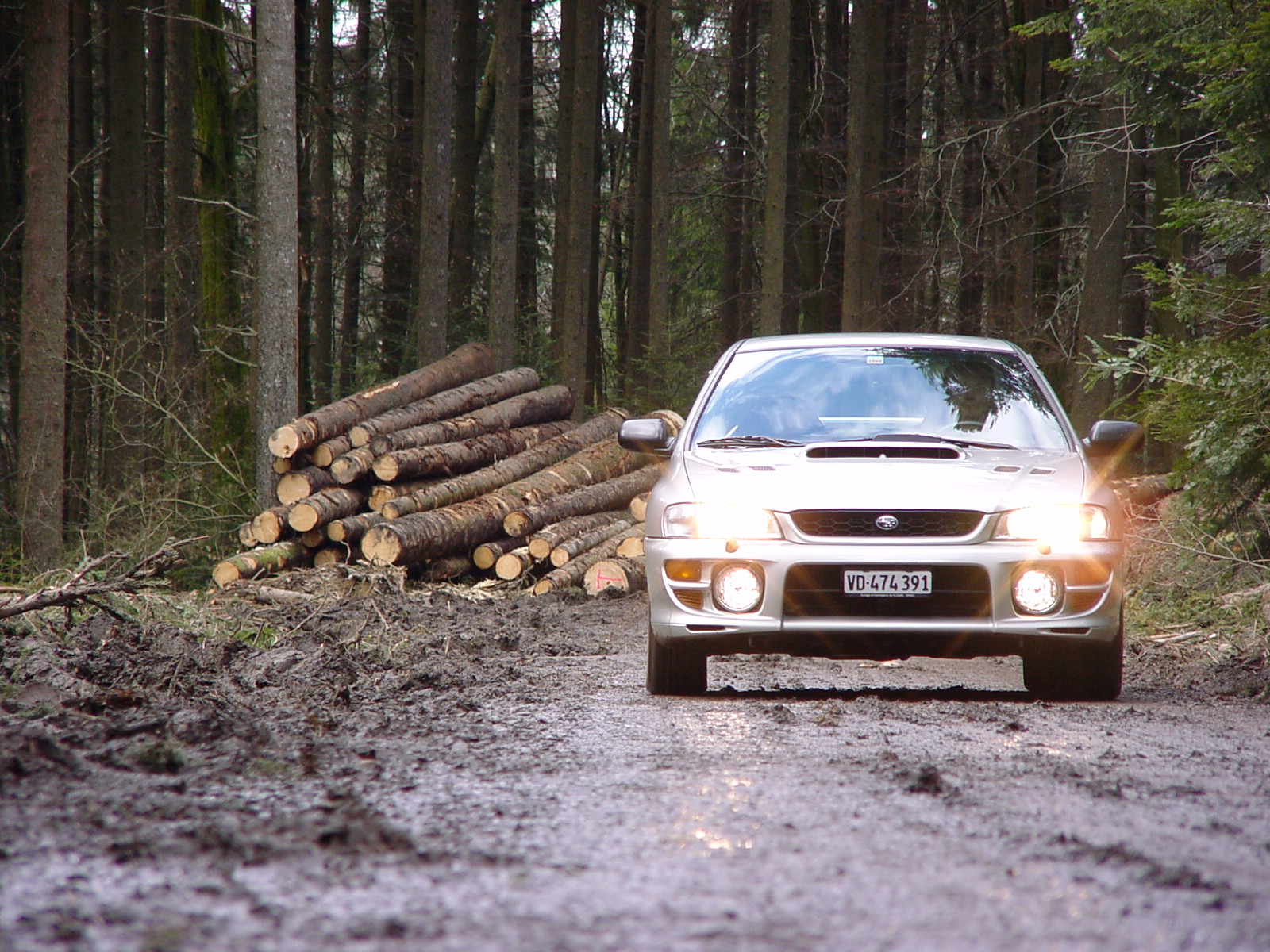 Now that we have seen the second iteration of the Subaru Impreza, we can have a true retrospective on a car that has marked it’s era like few others.

Do you remember the time when Subaru was synonymous to boring and quirky? Now the name is mostly associated with Performance saloons.

Only a handful could have predicted in the early nineties the impact the Impreza would have on the driving enthusiasts community. There was a small hint though; a certain Scots called McRae was already making his mark on the World Rally scene – at a time when the hot Rally reps were called Escort Cosworth and Delta Integrale – in the mundane Legacy sedan, the Impreza’s older brother. Mundane but with some essential ingredients: A manufacturer with years of 4-wheel drive development and a solid reputation for building… well…solid cars. Cars powered by a high tech turbocharged flat four that helped lower the centre of gravity of an already nicely balanced chassis. All that was needed then, was to get rid of some flab. Enter the Subaru Impreza ladies and gentlemen, the car that legitimised the Japanese performance sedan, the car with 3 World Rally Championships under its arm.

Nowadays, when you see a be-winged car from the land of the rising sun, be it a Subaru, Mitsubishi, Nissan or whatever, you know it means business and isn’t only a sheep in wolves clothing.

Before anybody goes on about the fact that there are better cars, faster cars, more entertaining cars, lets get one point straight; No, the Scooby, as it has been affectionately named, isn’t the best. It’s more a case of the right car, in the right place, at the right time and of course at the right price, the affordable price.

The time wasn’t as soon as the car was launched though. Public opinion only went ballistic in the late nineties. There are the obvious explanations to this. The fact that Subaru needed the time to become recognised and that the Impreza evolved nicely with time. 3 Rally championships can’t be won in a fortnight either. But there is a more subtle reason to the car’s success.

While sports saloons and hatchbacks ruled the roads in the late eighties, by the mid nineties, the species was nearly extinct. So by, say, 1997, what were the options for somebody who wanted a really good but practical drive without breaking the bank? Hot hatches were left only with their GTI badges to make buyers believe that they were fun. Sports saloons like the BMW 3 series and Alfa 75 went upmarket or worse, front wheel drive. Even the rally replica scene, which was nicely populated by Cosworths, Integrales, Quattros or even Sunny GTRs, was completely decimated. Real Driver cars were limited to a handful of Peugeots, BMW 3 series compact and you’ve guessed it the Impreza GT. Cheaper than any of it’s extinct Rally rivals, not much more expensive than mid size Hot hatches, it was bound to be a success.

By this time, the British motoring press is going berserk, publishing ecstatic full-length feature stories month after month on the Impreza and its special editions. How could you not want to buy one? The people at Subaru must have been smiling.

This enthusiasm wasn’t unfounded of course; there are very few criticisms you can throw at the general concept of the car. Produced initially for homologation purposes, The Scooby is light even in an arena where all its rivals are two-wheel drive, weighing in at 1235 Kilos; it is lighter than many contemporary hot hatches. It carries its weight low thanks to the boxer configuration of its powerful alloy engine. All 218 horses are easily transmitted through the four-wheel drive system that uses a passive viscous coupling, which in normal conditions splits torque evenly between axles. In varying conditions, the axle with the most grip can receive as much as 95% of the torque. A limited slip differential equalizes the power being fed to the rear wheels too.

The car featured in this test is a 1999 model. The interior, though still with a cheapo feel, is a far cry from the originals. A leather clad Momo item has replaced the plastic steering wheel. The gearlever looks more like a sports car’s than the original, which seemed to have come straight out of a van. Semi buckets that clamp your body in place have replaced the drab seats and the driving position and control placement are spot on for a car designed for performance driving. Unfortunately, fit and finish isn’t very good and the quality of the plastics is no match for the Audi brigade. Instrumentation is limited to the strict minimum; there isn’t even a way of telling if your headlights are on. Penny pinching can be felt everywhere; the boots’ lid not being lacquered on the inside for example. Nothing you can’t live with, but annoying all the same. The front scoops and high rear wing shout ‘boy racer’ to anybody not in the know.

But you already know that neither the interior nor the styling is what this car is all about. It’s as a driving machine that the Scooby shines. 4WD keeps the handling stable over the very worst roads, helping tie the rear end down under braking and giving as much grip as you could possibly need when punching out of corners, inspiring utter confidence. The set-up is biased towards understeer, but it only becomes a hindrance on slow sharp turns because it isn’t at the expense of adjustability, lift your right foot in a bend and the car immediately responds to your wishes, tightening its line briskly, making you feel that it is yourself and not the car who is actually doing the driving. Turn-in, too, is sharp for a saloon. From twisty forest roads to the straightest of motorways the Impreza feels imperial, alive and ready for fun. The only complaint one could have is that, when at ten tenth’s, the suspension allows just a bit too much roll. But you have to remember that the settings are compliant enough for everyday chores, the Scooby is firm, but never harsh.

The driving experience isn’t limited to handling of course and other parameters are just as good. The flat four’s powerful thrum is refreshing in a world dominated by buzzy in-line fours, you never find yourself wishing the engine had a couple more cylinders. It revs freely to it’s 7000 RPM redline and although there is some turbo lag below 3000 RPM, the car never feels anything less than fast.

The gearlever has a nice firm short throw; pedal placement is good for heel and toeing with just the right amount of response from the throttle and brakes. Releasing the clutch on our test car would sometimes make the car judder though. The steering is a slight let down, not without feel, but missing that extra sharpness that shines through in other areas of the driving experience.

All this adds up to a very good driving experience. Better than most super sedans masquerading as sports cars – like Audi’s S4 which costs twice as much – and never too far behind the tenors like Porsche or TVR.

It’s uniqueness lies in the fact that apart from its cheapskate feel, it is good at everything. Practical, entertaining, fast and characterful, just like the Lancia Integrale in its time, with less prestige of course. Three puny World Rally Championships aren’t enough to challenge Lancia. But it’s also a good long distance tourer, affordable and last but not least, utterly reliable. 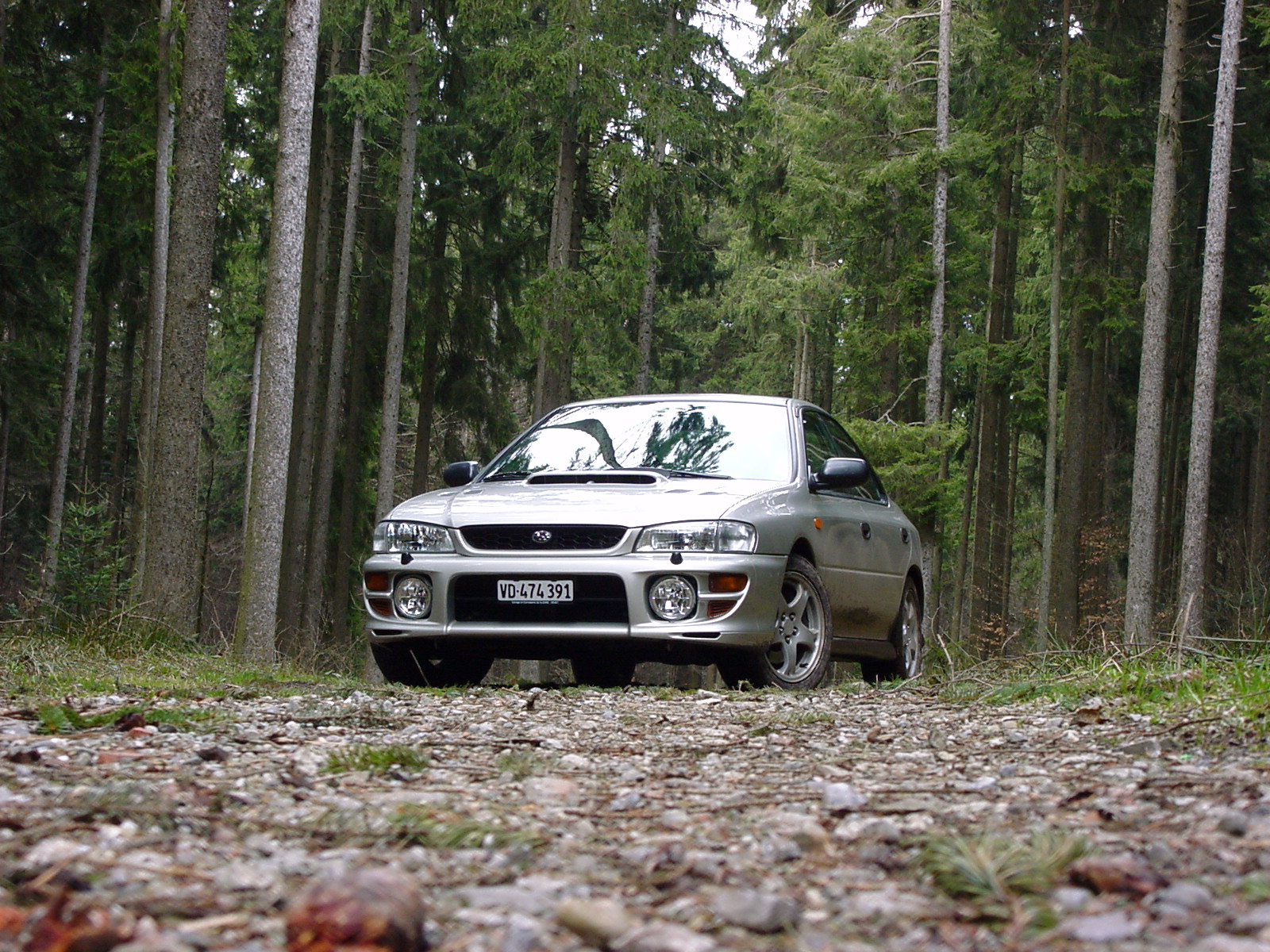 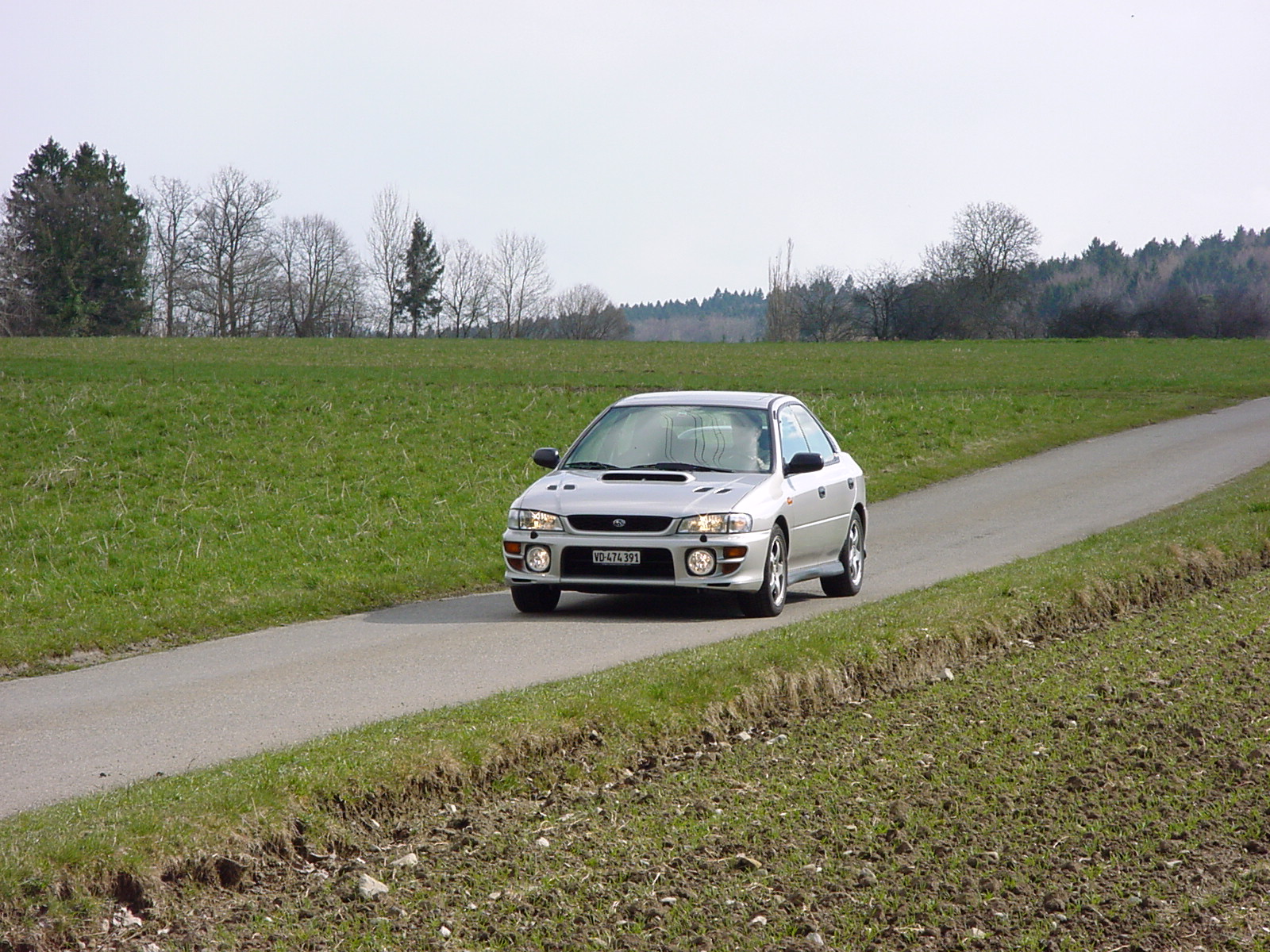 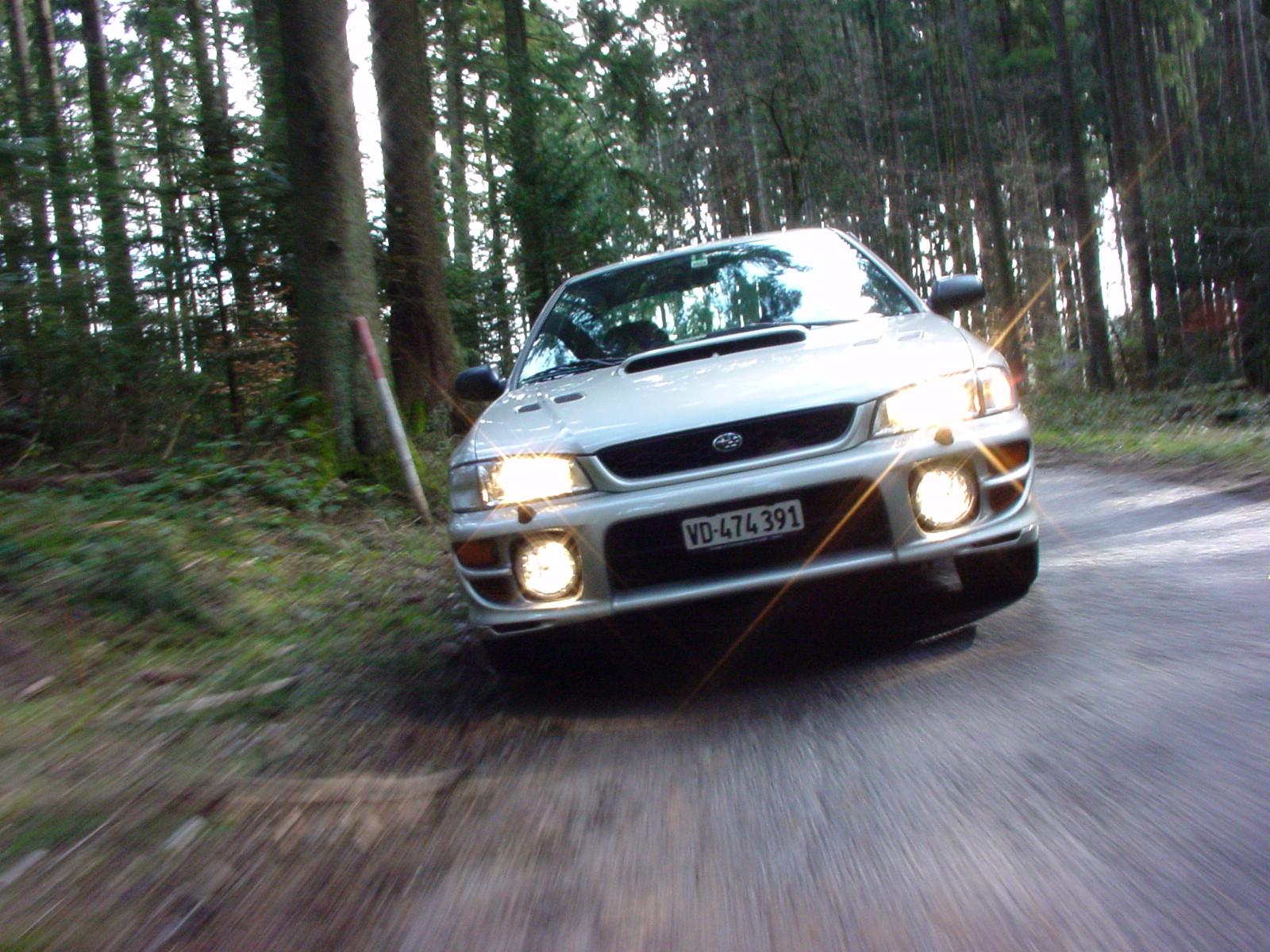 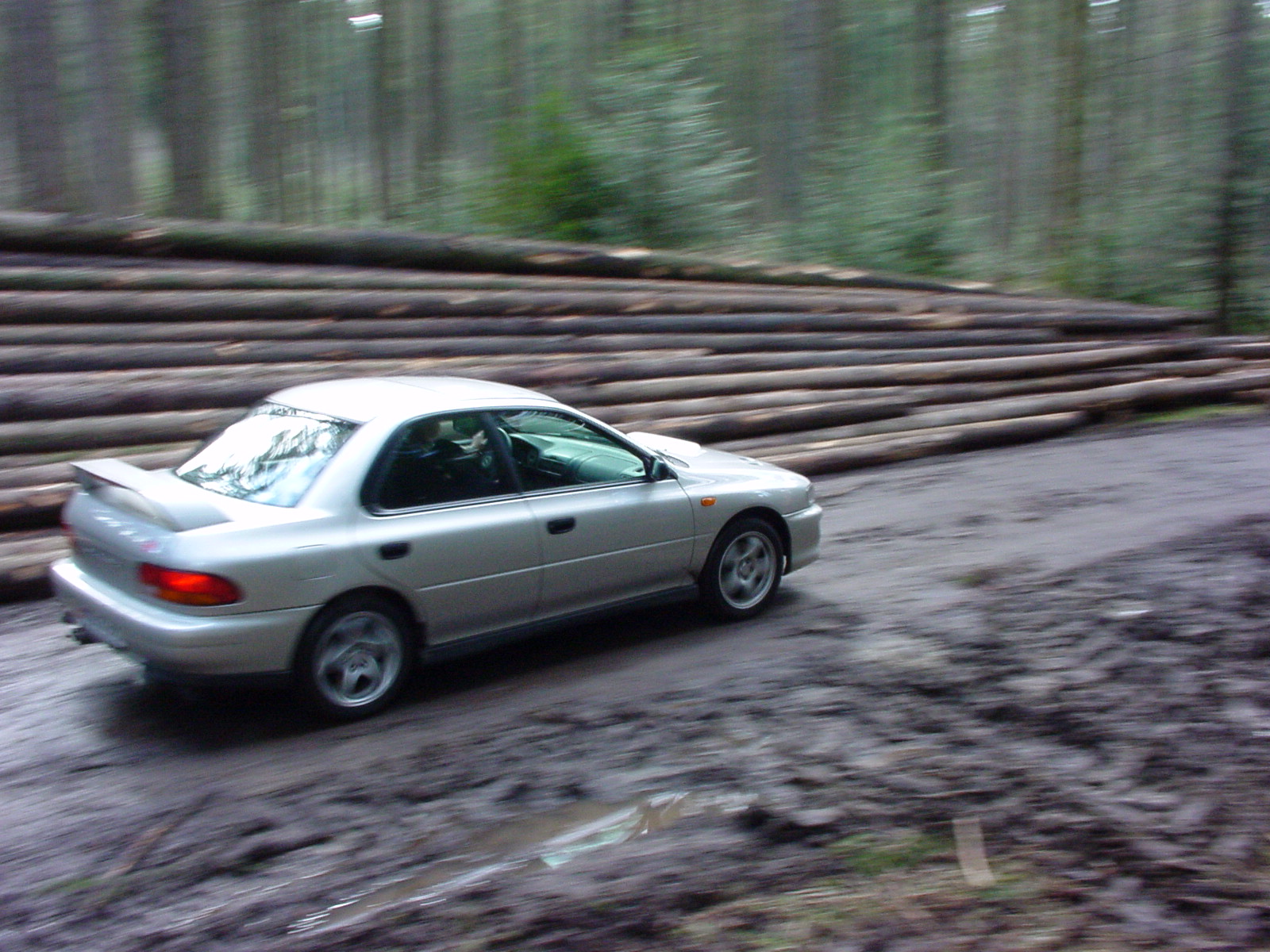 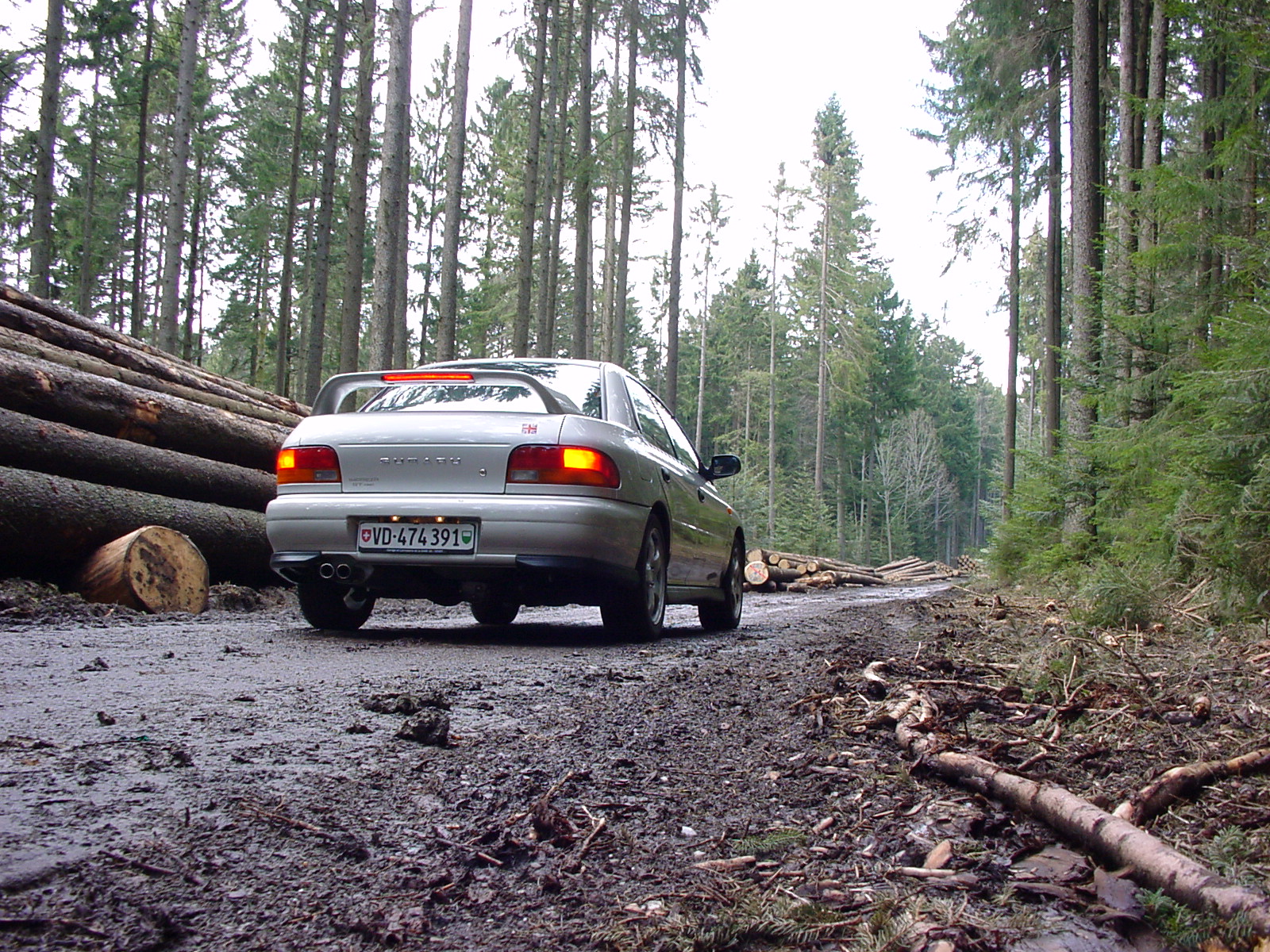