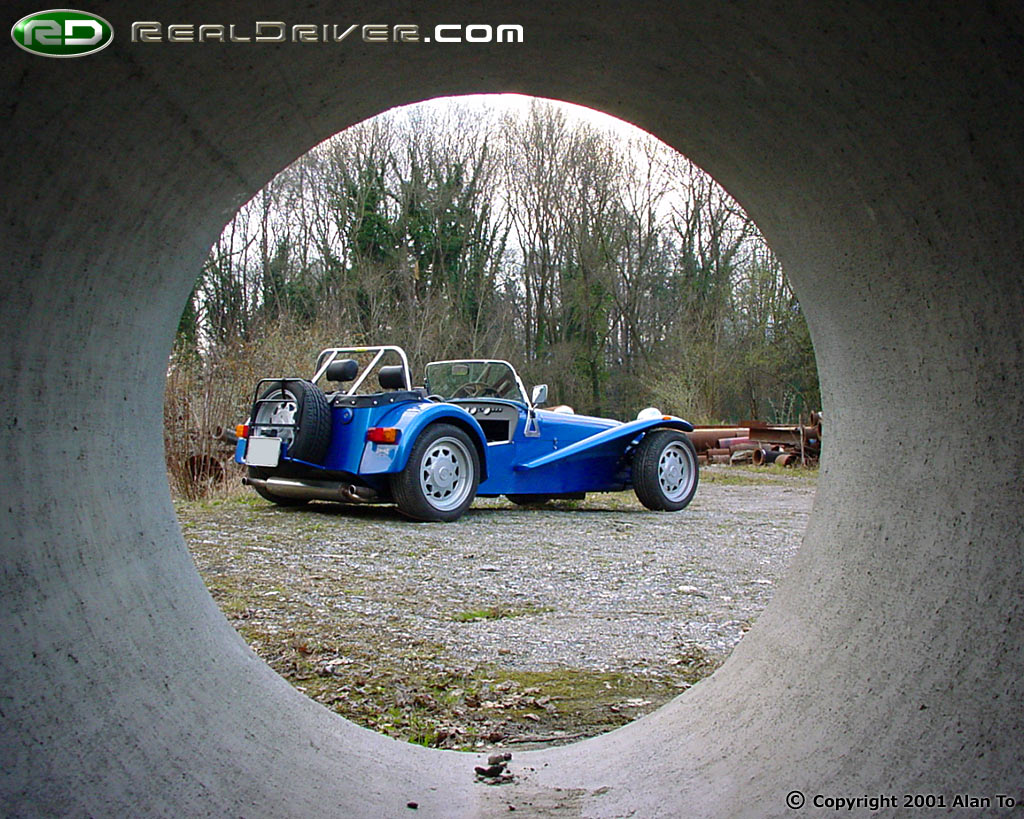 Weekend toy meets classic car meets track weapon, the minimalist Caterham Super Seven has a lot to offer to the discerning enthusiast prepared to sacrifice practicality for the sake of purity.

The Super Seven is one of the few motoring greats that has been around for as long as anyone unaffected by premature senility can remember. Initially launched in 1957 under the Lotus banner, it managed to survive the insults of time through a constant update programme that kept it firmly at the top of the sports car heap, very similarly to the Porsche 911.

If our 1992 Caterham 1.4 K-series’ 103 bhp seem slightly on the tame side compared to the current generation of ultra lightweight motorbike engined Westfield Megabusa and Caterham Superblade, it still remains an interesting compromise between the cruder live-axle Ford powered previous models and the latest versions. For power freaks the tuning potential of the ubiquitous K-series makes it a suitable candidate for mild engine upgrades sufficient to dramatically enhance the power to weight ratio of this 550 kg featherweight.

The craftsmanship and attention to detail are part of the Caterham’s appeal. The louvered aluminium bonnet and the exquisitely curved front wings would not look out of place in a modern art museum display dedicated to automotive design. The Seven looks every part the fifties club racer and is probably the closest in spirit and execution to a single seater for the road, if you exclude the more exclusive Light Car Company Rocket.

Carefully choosing your apparel is important before attempting to climb aboard the Seven’s narrow cockpit. First of all better dump the Doc Martens and get yourself a pair of trainers or racing boots if you are to enjoy the exquisite throttle adjustability available on request through the short travel racing car close pedals. If you are on for a truly spirited drive, a set of quality driving gloves will improve your grip on the tiny 12-inch leather wheel connected to a wonderfully direct and quick steering. A sense of elegance à la Patrick McGoohan can be useful for your street credibility since you will be exposed like in no other car to the inquisitive glances of fellow road users. Get into some traffic and you will feel like you had drowned into an ocean of tin boxes and SUVs.

You can’t help but wonder if so much simplicity and lightness will translate into progressive self destruction, but apprehensions on the car’s integrity disappear rapidly thanks to a strong and rigid spaceframe chassis playing the largest part in the terrific accuracy of the Super Seven. The absence of shakes and rattles and a ride quality that quite a few hot hatches fail to achieve is a testimony to the thorough engineering that Caterham puts into the ongoing improvement process of Colin Chapman’s concept.

You will need Juan Pablo Montoya’s level of driving sensitivity to perceive any roll; on the road the car just remains flat under any kind of cornering pressures. The relatively narrow 185/60 tyres on 6J alloys provide the car with high levels of grip in the dry while making grin inducing power oversteer sessions easy to provoke.

The Super Seven is so precise, delicate, communicative and efficient, you find yourself begging for more power after the acquaintance phase. A 0-60 in 6 seconds is impressive by most standards and there is no question mark over the Caterham’s ability to achieve this figure but the K-series just lacks the torque to turn the experience from swift to menacingly fast. Having to exceed 5000rpm to get substantial oomph becomes tiring after a while and the engine does not reward aurally with the kind of rorty exhaust note you would expect in this kind of machine.

For Super Seven virgins, the 1.4 K-Series Seven remains a revelation. Its powerplant could do with a bit more torque and horses but it is still sufficiently powerful to run circles around most of the current generation of performance cars, so competent is its chassis. Avoid straight-line battles though.

Luggage space can be described as very, very limited to put it diplomatically and claustrophobia sufferers should definitely not embark on long drives with the tricky roof in place. This lack of practicality should not be a problem if track days are higher on your priority list than increasing the country’s demographics, besides nothing prevents you to get yourself a sports estate if your vasectomy failed to reach its goal.

The world would definitely be a sadder place if Caterham had not taken over Super Seven production from Lotus in 1973 following Colin Chapman’s decision to concentrate his company’s resources on the development and production of the upmarket Elite/Eclat and Esprit generation. Funnily enough 23 years later the Hethel manufacturer revealed a modern interpretation of the back to basics sports car, a certain Elise.

The latter does not prevent the Super Seven from being simply one of the purest driving tools readily available to the buying public. 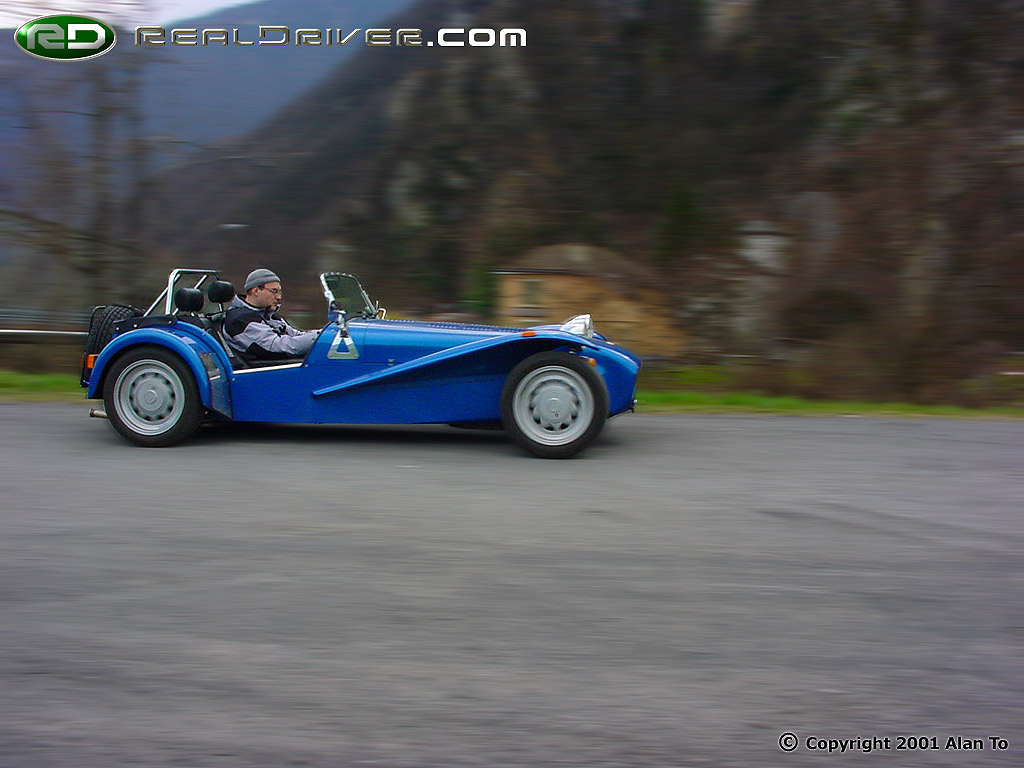 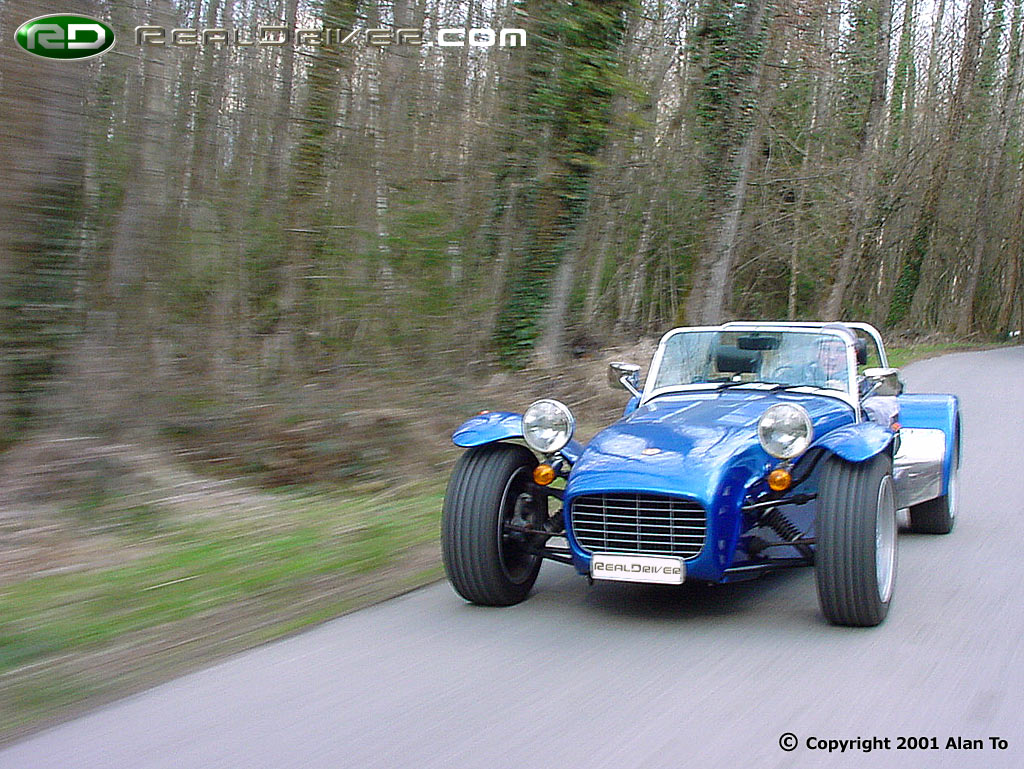 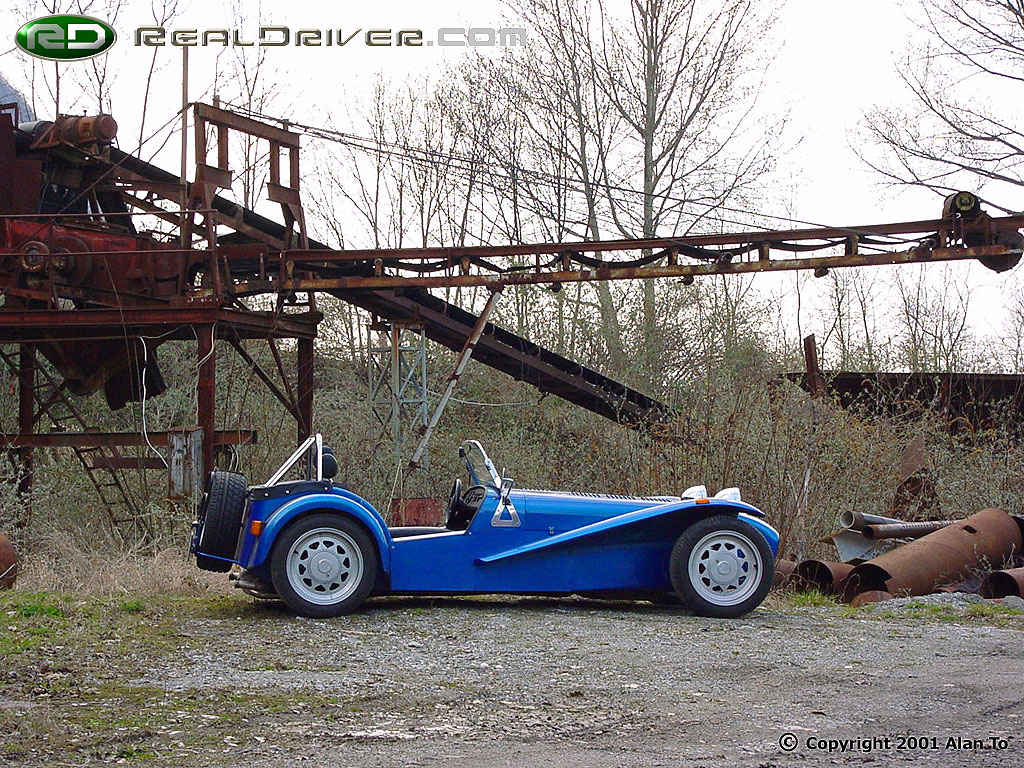 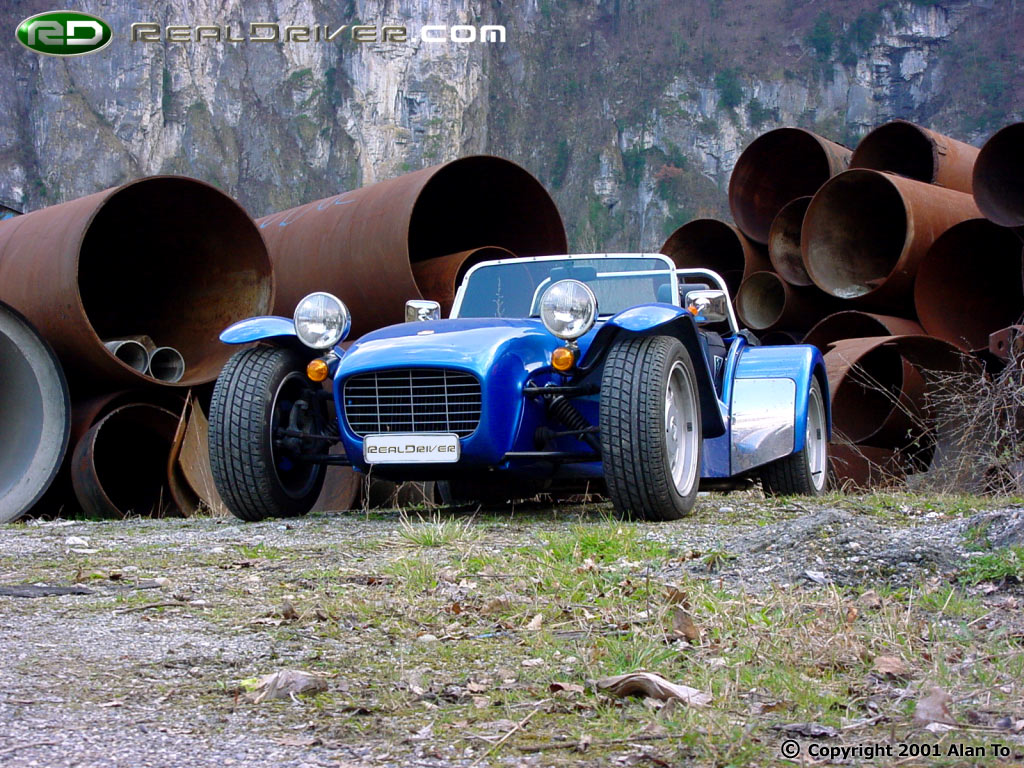 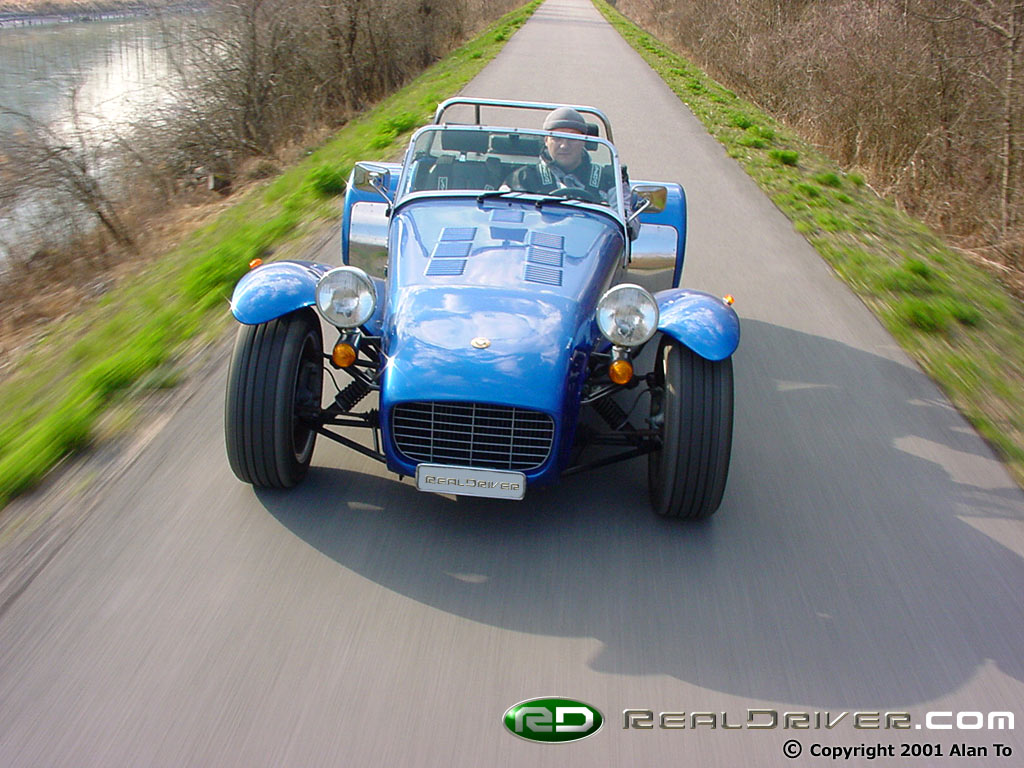 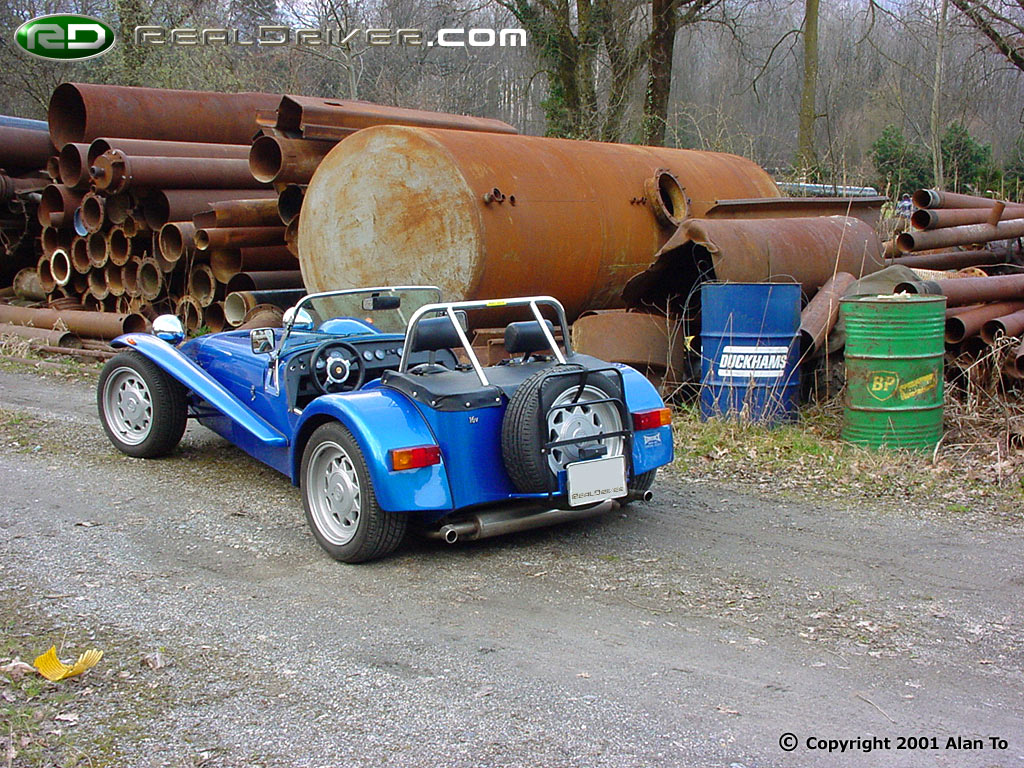 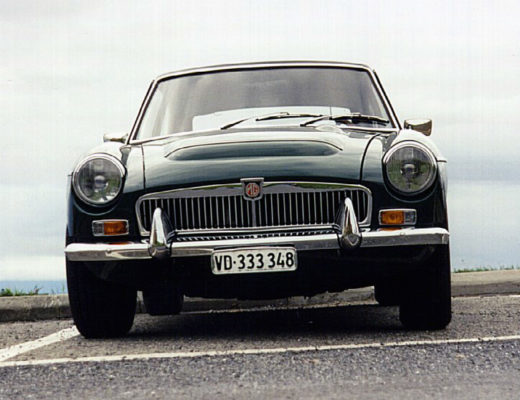