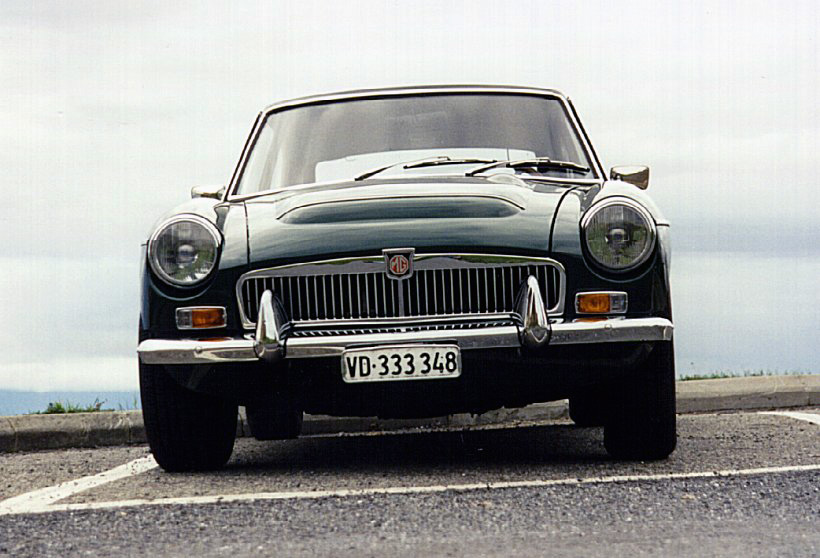 Well the MGB has every single ingredient of the classic British roadster.It has a beautiful and pure shape and vintage rear drive handling that is forgiving, it’s also simple and robust. Of course it isn’t fast by modern standards (at least in four cylinder variants), but its engine has enough torque, even for the enthusiastic driver. And though it is extremely popular with over half a million produced, it’s rare enough to make you feel different in the every day ocean of modern tin boxes.

The MGB was launched in September 1962 as the successor of the MGA. In place of the MGA’s separate chassis was MG’s first unitary bodyshell which made the car stiffer than other contemporary sports cars, although it made it rather heavy too. Its mechanical components were mainly based on the MGA’s parts, the main difference being a 1.8 liter evolution of BMC’s B series engine.

Its advantage compared to its forbear was an unprecedented level of comfort for a traditional sports car, which makes the B usable even today as everyday transport. Differences include softer suspension, wind up windows, better seats, bigger boot and cockpit.

Not only was the MGB well received by the press at its introduction, it also soon became the fastest selling MG of all time.

This homepage will give you an insight of the MGB experience, with the joys and pains of owning one of these classic cars. We will also be giving you an in-depth view of its lesser known siblings, the MGC, MGB GT V8, its nineties version the RV8 and its descendent the MGF.